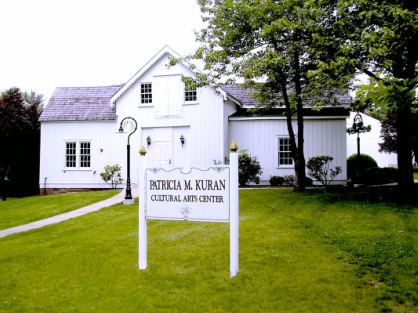 The Carriage House Poetry Series was established by Adele Kenny in December of 1998. The initiative began as a project funded in part by the New Jersey State Council on the Arts, Department of State, through a grant administered by the Union County Division of Cultural and Heritage Affairs. With the support of additional grants and the Fanwood Borough Mayor and Council, the series features some of the finest contemporary poets each year. All readings are held in the Kuran Arts Center (a nineteenth century carriage house, formerly known as the Fanwood Carriage House and for which the series was named).  Readings are held at 8 PM on the third Tuesday of each month from February - June and from September - December. All readings are free and open to the public.

Click Here or on the Image Above
for Additional Info,
Directions, and the Current Calendar